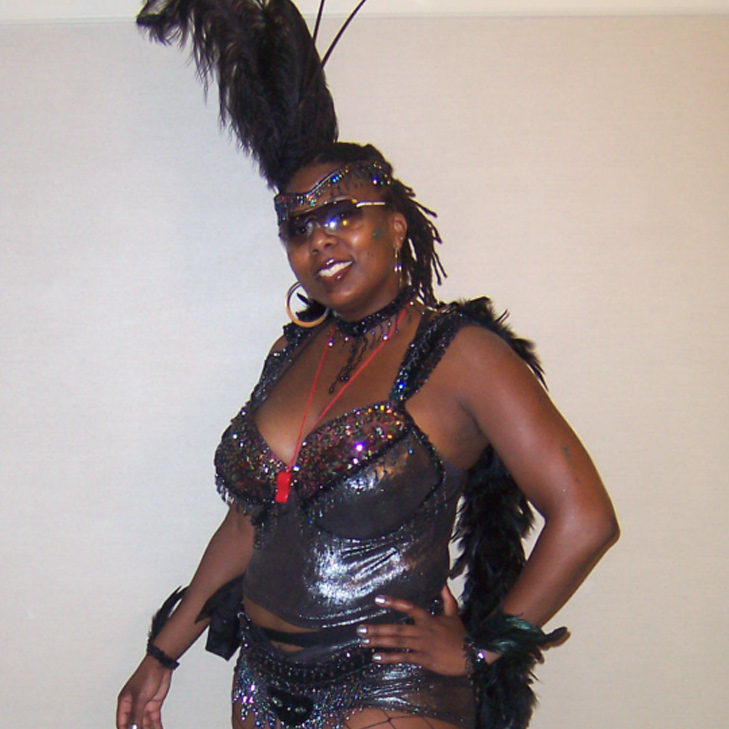 Posted at 22:12h in Planet People by planetcarnival

Carnival is a spectacle, baby girl. A fuckin’ spectacle! A deliberate and ceremonious performance of the soul of the people.

A fictional creation of Stacey Marie Robinson, Rodrick is a Jamaican residing in Trinidad, where he plays in a steel pan orchestra. Yet the dialogue above is delivered in Toronto, the less-than-tropical locale that is the setting for most of her work. Like Uncle Rodrick, both of Robinson’s parents hail from Jamaica – the parish of Manchester to be precise. Her father migrated to Canada in the late 1960s, with her mother following a few years later. Stacey was born in 1978. 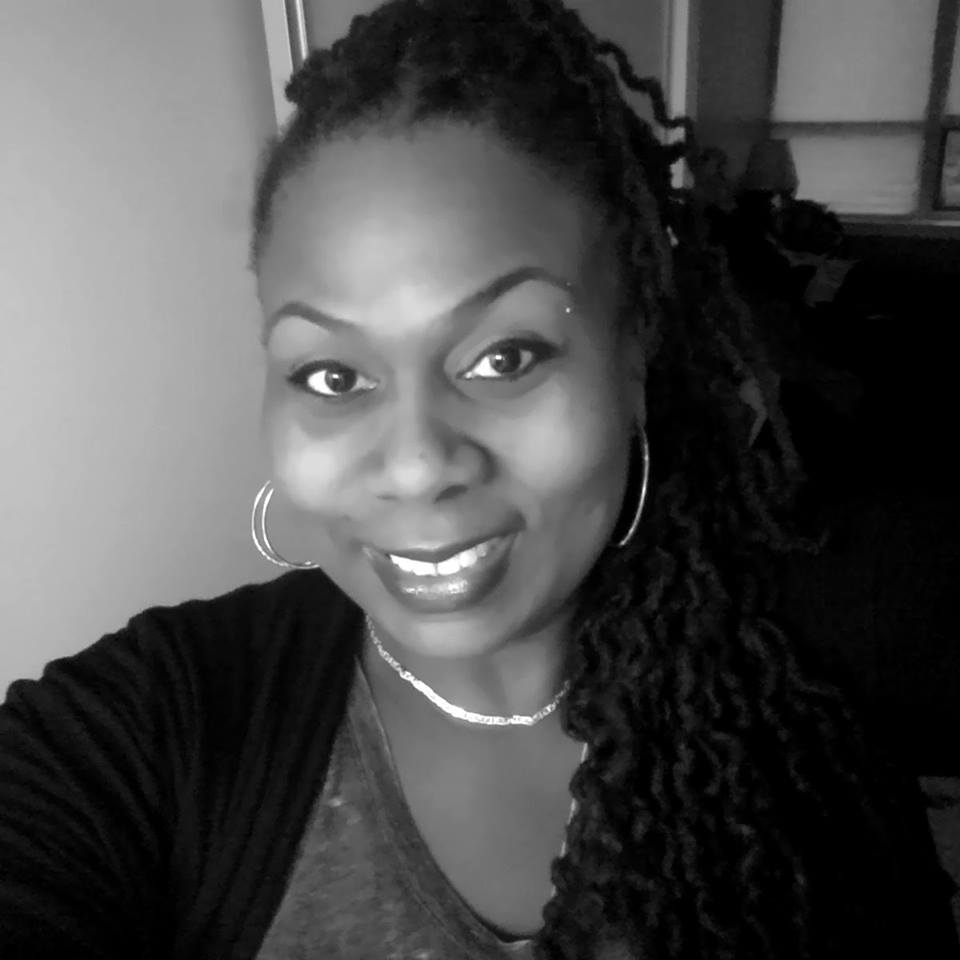 “I was always a reader”  she declares, describing a childhood informed by Nancy Drew mysteries, the Sweet Valley High series, and The Babysitters Club. Such favorites inspired her to pen her first story at the age of 10. Her writing – and her life — soon took a decisive turn when she discovered Waiting To Exhale author Terry McMillan. “Her books really opened my eyes. I identified with her writing much more than I ever did with the books I read growing up.” Another major influence was Sister Souljah; Robinson describes the rapper/novelist/social critic as “probably my favorite writer of all time”. She admires both women for being “realistic in an uplifting way, a way that makes you feel good about who you are”.

After graduating from the University of Windsor, she earned a master’s degree at Wayne State University, across the river in Detroit. The graduate school experience cast the differences between Canada and the USA in sharp relief. Although Toronto has long been celebrated for its ethnic diversity and tolerance, Stacey found it “cool to be in a city that was predominantly black”. For generations, the promise of lucrative employment in the automotive industry had attracted African-Americans from the south and Midwest, contributing to Motown’s musical richness. By contrast, Ms. Robinson found the Motor City’s Caribbean community to be “So small. Most of the island people who lived in Detroit would actually cross over to Canada for the food and party options. If there were performers coming from the islands to perform, they would play on the Canadian side”.

Conditions in Canada were never conducive to the slave-based plantation economies that prevailed elsewhere. During the American Revolution, black loyalists were often granted freedom and resettled by the British authorities. Up to 30,000 runaway slaves from the United States are believed to have reached Canada in the antebellum years. The number of people identifying as Black Canadians increased dramatically after World War II. As of 2016 they represented 3.5% of the population. The majority are of Caribbean origin, with the largest concentration in the province of Ontario.

Recent Immigrants have embraced their Canadian identity even as they retained the celebratory traditions of their homelands. This heritage manifested itself in Caribana, a summer festival dating back to 1967. “As teenagers” says Robinson, “it’s just part of your ritual when you live in Toronto. You go to Caribana and you socialize”

The custom, inevitably, is reflected in her literary output. In total, Stacey has written 10 novels and story collections. Impressive, yet she is even prouder of her work with Kya Publishing, an imprint she founded in 2007. The challenges of running an independent publishing house have somewhat impeded her own creative workflow, but Robinson is unfazed. “In the bigger picture of Kya Publishing, it’s more important to have outreach to the community” she says. “How can we help other authors? How can we get people writing?”

One such writer is Kamilah Haywood. “I’m excited about her writing more than anyone I’ve seen in this city” explains Robinson. She admires Haywood for tackling such issues as human trafficking and the women’s prison system. “It’s gritty subject matter, and is probably not touched upon in Canadian literature anywhere.”

Kya publishing also organizes the Toronto Urban Book Expo. Robinson was inspired after attending the National Black Book Festival in Houston: “I fell in love with the idea of having all these writers in one room.” 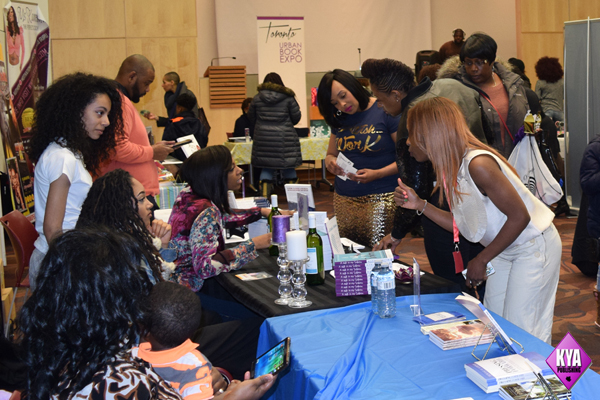 Initially, TUBE took place during Black History Month, but now coincides with Caribana. In part, the move was an accommodation for attendees from the USA, who may not necessarily relish Canadian winters. “I felt it was a little unfair to have them in Toronto in the depths of February”, Stacey explains. “Now everybody can come and do the book fair, and get a ridiculous shot of Canada’s urban, Caribbean culture at the same time”.

Published in 2014, Carnival Spotlight is a follow-up to 2008’s Video Light, told in the voice of Ryan Wright, a 29-year old school teacher. The earlier novel recounts his romance with Delia Chinn, the sexy and vivacious queen of Toronto’s dancehall reggae scene. Ryan’s obsessive passion goes back to their teen years, but is completely one-sided until they hook up at The Soldier’s Ball, a Caribana fete. 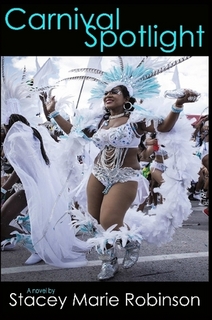 Both characters are first generation Canadians of Jamaican descent, yet their lives have been very different. Ryan was raised by stable, religiously inclined parents. Delia is a child of divorce. At the time of their meeting, Delia is mourning the loss of her grandmother and recovering from an abusive relationship with Kirk, a one-time fugitive doing time for a triple murder. As their whirlwind courtship unfolds, Video Light illuminates the psychic barriers even the most affectionate lovers must overcome.

In Carnival Spotlight, we catch up with Delia after five years of marriage. Ryan, ever more focused on his academic career, tends to dismiss Carnival as youthful frivolity. When his Uncle Rodrick visits from the Caribbean, he invites the couple to a steel pan performance. Though she still cherishes her husband, Delia is not so sure she’s ready to put her dancing days behind her.

With Toronto’s summer debauch heating up, our narrator is drawn into a world of mas camps, skimpy costumes and soca, where her fidelity is put to the test. Delia’s path across the two books can be seen as a journey from a Jamaican-inspired milieu toward one that is quintessentially Trinidadian. This point is hardly lost on her creator. Robinson understands that the culture of the Caribbean diaspora is not monolithic. Her own exploration of Carnival masquerading has come with a social cost. “I have gotten some criticism from Jamaican friends of mine” she admits.

Such teasing has been largely good-natured. Yet the rivalry between the two “big islands” – a relative term in the West Indies – has not always been friendly. Trinidad & Tobago and Jamaica both won independence in 1962. Prior to that, it was expected that former British colonies in the region would unite in a federation with its capital at Port of Spain. Jamaica’s vote to withdraw scuttled the plan. Resentments from that era have more or less healed, and the loss of the Federation has been a gain for the musical world.

Calypso was created in Trinidad, and for decades it was the archetypical sound of the Antilles. In the 1960s and 70s, that primacy was increasingly challenged by Jamaican reggae artists. Soca (“SOul CAlypso”) emerged as a response. Today, both genres are popular around the world. “I grew up loving reggae” says Stacey, yet the author differs from her protagonist in one respect. While artists like Bounty Killer and Vybz Kartel provided the soundtrack for Delia’s youth, Robinson’s tastes run more to roots reggae and lovers rock. “I appreciate dancehall”, she says, “but honestly I don’t  always love it”. As the idiom has incorporated heavier doses of rude boy machismo, she has come to prefer the buoyancy of soca: “It feels like a festival. It’s feels like joy”.

Asked to list her favorite performers, she enthusiastically names Machel Montano, Patrice Roberts, and Kes. But one singer stands out from the rest. “I love Kerwin DuBois” she proclaims. “He can’t go wrong as far as I’m concerned”.

Ms. Robinson has no problem reconciling pride in her ancestry with a fondness for Trini tunes. Many Jamaicans seem to agree. Bacchanal Jamaica, a springtime bash that started in 1989, was consciously modeled on the celebrations in T&T. Stacey has often visited her parents’ home island. However, her passion for Soca can be traced, not to Canada or the Caribbean, but someplace in between.

“I really love Miami Carnival” she says, referring to the early October celebration in that city. “It’s contained, it’s comfortable, and you meet a lot of people coming from smaller islands I never encountered living in Toronto”.

After visiting south Florida, Robinson threw herself into her hometown’s mas scene. In 2007, she linked up with the Toronto Revelers band. Soon she was making costumes as well as assisting with marketing, administration and communications. “I got” she boasts, “as involved as I could be”.

Her activities with the group lasted until 2011. This was a period of upheaval, despite Caribana’s popularity. The Caribbean Cultural Committee, which first organized the event, was plagued by financial difficulties, incurring large debts to the city. Eventually, control passed to the Festival Management Committee, an arms-length entity designed to foster fiscal restraint.

The new structure generated a degree of acrimony, even as a sponsorship arrangement with Scotiabank provided much-needed cash. A decision by the Ontario Superior Court precluded official use of the Caribana name, although it still survives in popular parlance. In 2017, the 50th anniversary celebration was formally dubbed the Peeks Toronto Caribbean Carnival.

2018, the second year of sponsorship by the social streaming platform, saw further controversy. Carnival Kingdom, a high-profile concert in the suburb of Vaughn, was shut down at the last minute. Local authorities offered little in the way of explanation.

Stacey Marie Robinson’s response to such vexation is at once skeptical and philosophical. Fully expecting the event to remain a tourist draw, she nevertheless worries that “People who live here are confused and disappointed and probably losing interest because of the politics.” 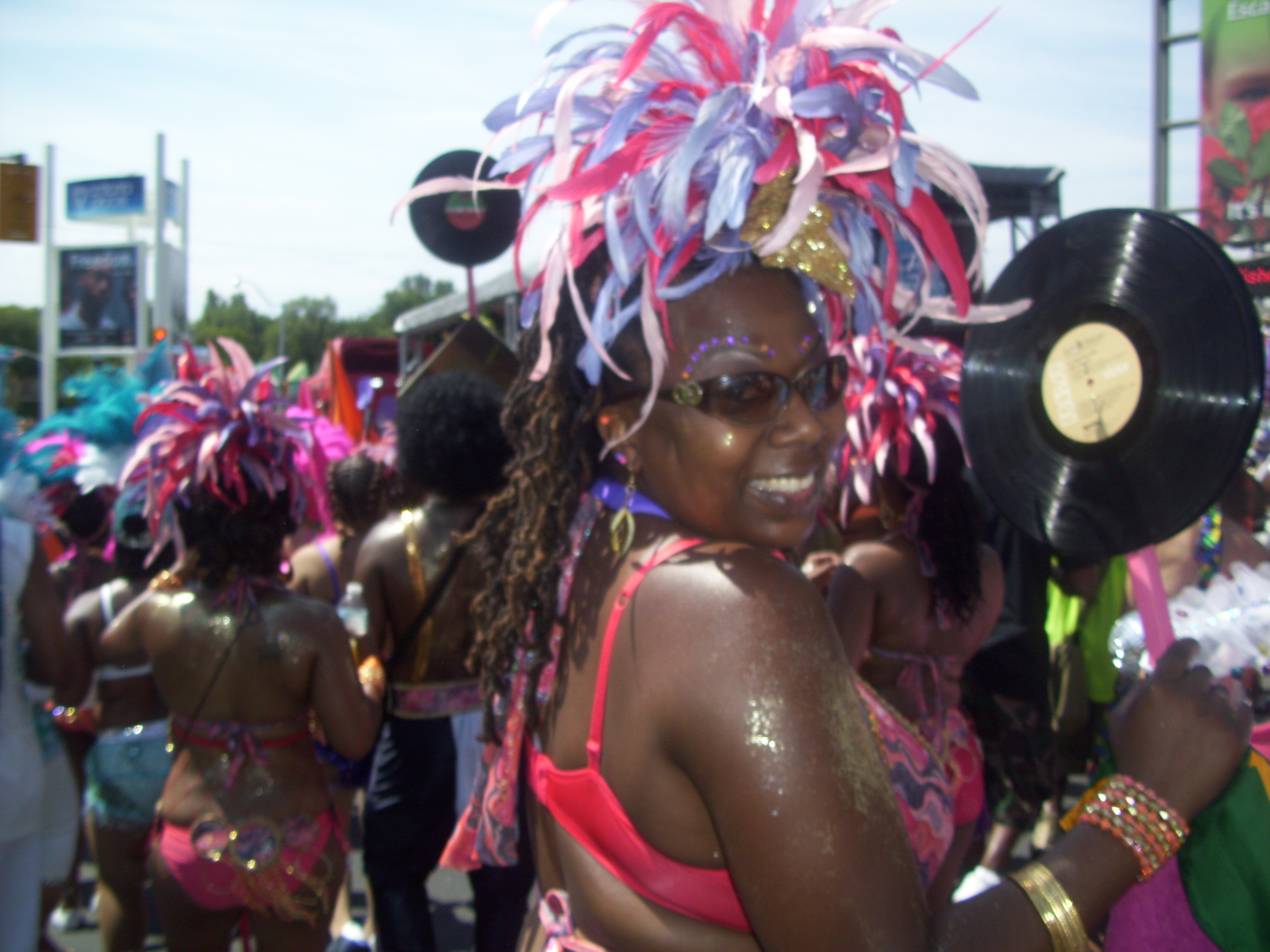 At the same time, her personal zest for jumpin’ up is undiminished. “If you’re playing mas, you’re going to enjoy yourself” she insists. “I love every aspect of it!”